← more from
Creaked
Get fresh music recommendations delivered to your inbox every Friday. 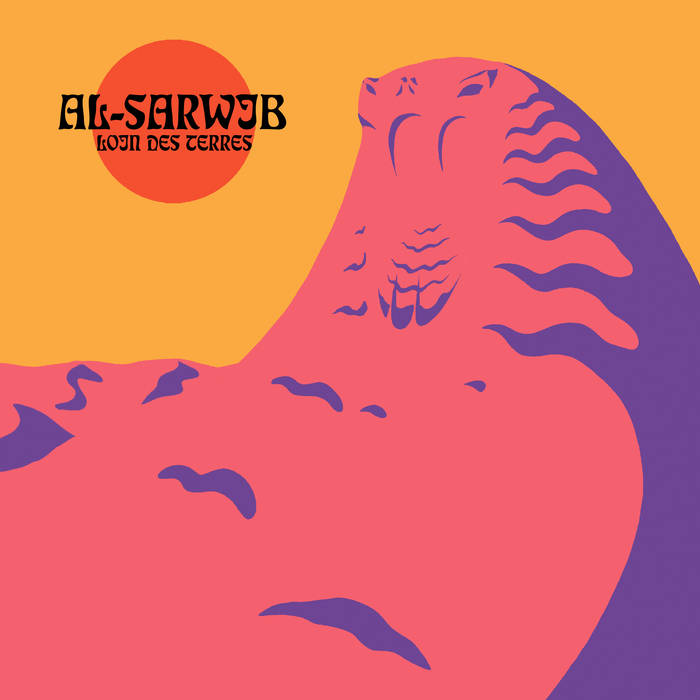 Al-Sarwib is a world band. A whole universe derive from an unexplained big bang, a moving territory crossed by explorers of sound who pass by, transmit myths, then leave for new quests.

A seven-headed hydra born in Biel/Bienne, Switzerland, Al-Sarwib gathered around Fabrice Pittet (founding member and drummer) and the desire to create asymmetrical music, nourished by the varied universes of its members: folk, blues, stoner, hip-hop, psychedelia, oriental music and African rhythms. A sonic journey whose virtuosity is erased behind the power of evocation. It is the trip that takes precedence and not the show of force.

In 2017, the band released Mesa, a narrative album centered around the story of Leï, a fugitive woman who writes a love letter to her son. Recorded live, spontaneously, it laid the foundations of a universe that only called for evolution and metamorphosis. This will be the case with Loin des Terres, which continues the narrative cycle of Mesa while pushing further the sound research that accompanies it. We discover the story of Louies, Leï's son, an orphan in search of his origins, who will leave to search for his mother on the advice of a mage named Alzar.

Reassembled by the band after the departure of one of its members, this new chapter navigates between French and English songs, long psychedelic tracks and hedonistic and electric catharsis. Al-Sarwib poses as a magnificent representative of a musical syncretism, born from a mystical relationship to music. It is the force of this opus and their music: we walk there one foot in the real world and the other in a universe which exceeds us, to which we abandon ourselves. One finds there this idea of asymmetry, a true backbone of the band's approach.

Loin des Terres, recorded in the band's rehearsal room, is an album out of time, out of the streaming platforms and out of the digital world. It is a total aesthetic object, completed by seven videos directed by Joarimus Papim. A record bathed in warmth played by a world band, a kind of family recomposed around a certain idea of creative nomadism and of the esoteric power that music is still capable of summoning in 2021.

Created in 2016, Al-Sarwib gather together seven musicians and singers from the city of Biel/Bienne (CH). Deserts, Snake Wine and speed chases gives rhythm to the life of their heroine Lèi and to their first album Mesa.

Bandcamp Daily  your guide to the world of Bandcamp

Bonobo stops by to talk about his new record Fragments